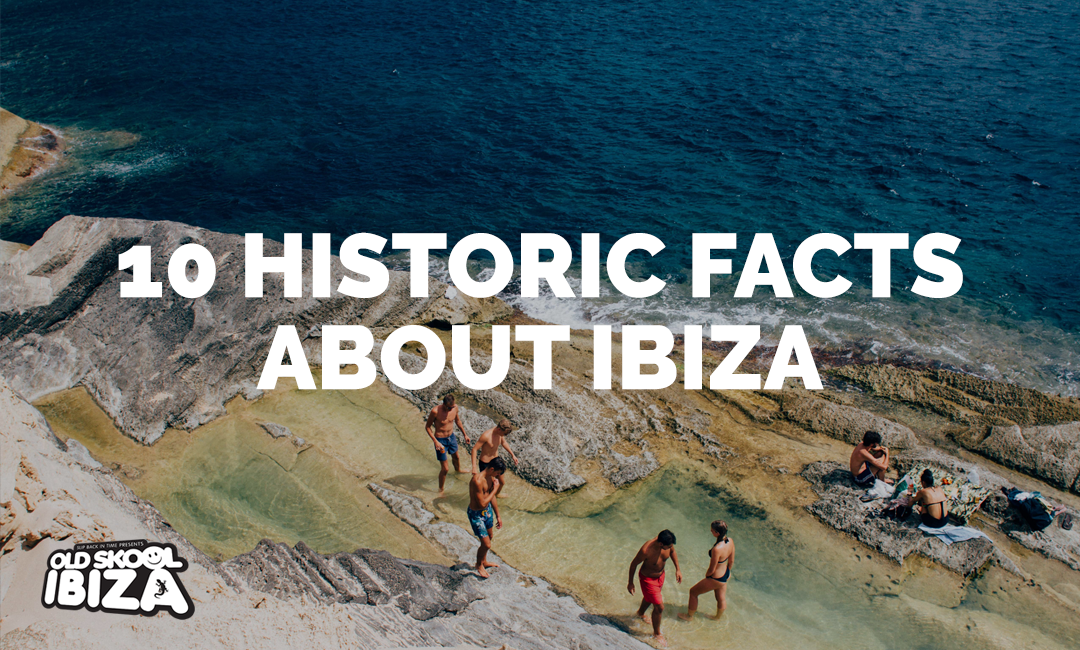 Ibiza hasn’t just left its mark on the culture of music and clubbing at large, and it isn’t just known for its phenomenally relaxing beaches- the island is bursting at the seams with history and culture! I thought I’d share a few historical facts about our favorite island.

You read that right. This lone island has as many as 57 different beaches, all of which are absolutely stunning and a part of its history. It’s no wonder tourists flock to Ibiza each day not just for the music, but to get a piece of this beach heaven.

2. Ibiza has many gorgeous, historic churches.

Ibiza became a Christian-ruled nation back in 1110 when King Sigurd I from Norway overthrew the ruling Moors. During this rule, the famous Cathedral was built, and many other beautiful churches sprouted up throughout the island after. Catch them in San Antonio, San Miguel, Santa Eulalia, and Sant Jordi!

Famed French physician, astrologer, and supposed clairvoyant seer Nostradamus once said that Ibiza is the only place to stand a chance of surviving a nuclear holocaust. This is due to the “unique winds” that cover the island.

Cilician pirates once used Ibiza as a base, alongside Formentera in the 16th century. The residents of Ibiza fought hard against them by constructing churches and towers built for defense along the coasts. Ibiza Town’s famed fortified walls were also constructed for this very purpose!

5. It’s been claimed by a lot of nations.

Ibiza has been claimed by quite a number of nations throughout its storied, rich history. That includes the Spanish, Romans, Norwegians, British, and French.

The Ibiza we know and love wasn’t always called that. Its first settlers originally called it “Ibozzim,” and, funnily enough, the island was first dedicated to a deity named Bes, who ruled over music and dance! Who would have thought it would end up with its reputation today- it looks like the dedication worked its magic.

7. Its part in an Arabic Empire.

Ibiza used to be ruled by the aforementioned Moors during the 8th-9th century, when the Arabic Empire was expanding their territories from North Africa. And its Arabic influences are still seen, heard, and felt today in its rich culture.

8. Ibiza was instrumental to the hippy movement.

Ibiza played a huge part in the rise of the hippy movement back in the 60s! Due to its reputation as a place where one could live out a life of fun, freedom, and laidback relaxation, a great many artists and musicians turned to Ibiza for their dream lifestyle. It became somewhat of a hippy mecca and its impact is still felt in its famed Ibiza hippy markets!

9. Its part in a famous Greek poem.

A scene in the epic Greek poem Odysseus was said to have taken place at Ibiza! And it was one of the most famous parts, too: the singing of the sirens, which drew many sailors to their deaths beneath the waves, was said to have been heard by Ulysses at the Es Vedra rock in Ibiza.

Yes, Ibiza’s history goes all the way back- over 3,000 years, in fact! Archaeological digs on the island yielded cave paintings and bronze tools that prove its storied history.