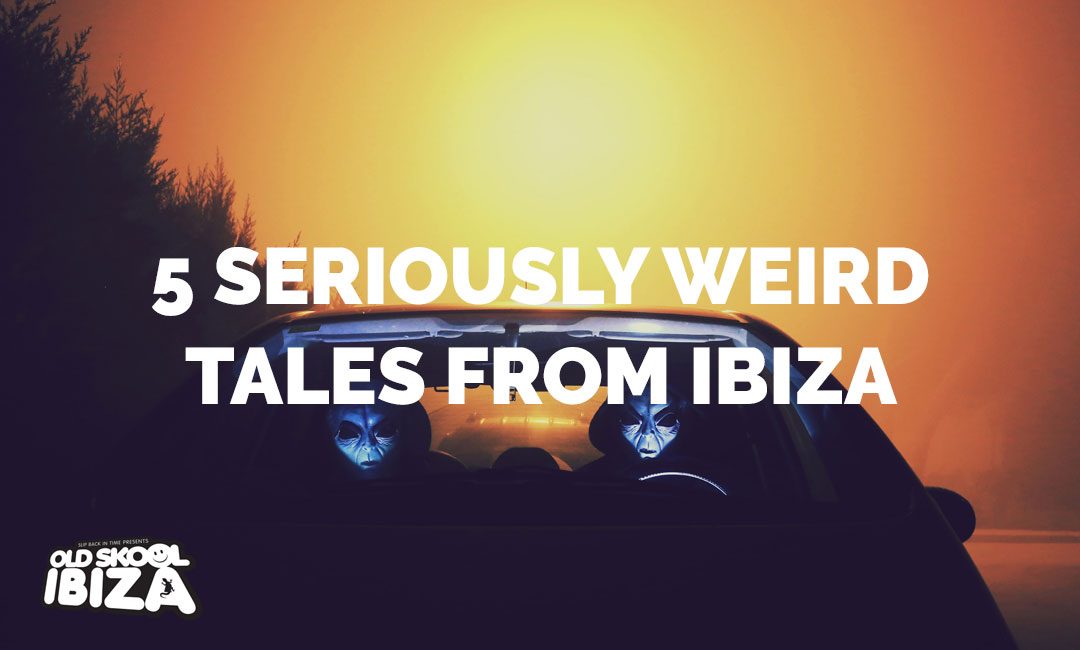 Behind the glitz and glamor, the thumping beats and partying bodies, Ibiza holds a bevy of strange things that tourists are sometimes just as drawn to as the partying scene. This historic island is home to a plethora of weird myths and legends, going as far back as Ancient Greece, as Ibiza was supposedly where sirens dwelt in Homer’s Odyssey. Thankfully, in the modern day, the only things drawing in tourists are beautiful beaches and an unparalleled clubbing scene.

Here are a handful for the myth-seekers and the culture junkies; make sure to check some of these out the next time you’re planning a trip to Ibiza!

This is probably the most well-known legend in Ibiza, and for good reason. Everyone and their grandmothers know about the tale of Atlantis, the lost city drowned into obscurity. Word is, Es Vedra is said to be the very tip of Atlantis, but since boat captains aren’t too keen on going anywhere near it, you probably won’t be able to dive nearby.
Not only is it where one famous legend supposedly takes place, it also hosts other myths which we’ll get into in a bit.

2. The man who turned into a glass of orange juice.

Here’s a weird urban legend (all of them do tend to be ‘weird’, but still!) that doubles as a cautionary tale. While on a holiday in Ibiza with friends, a tourist smuggled in a sheet of acid…by sticking it directly onto his chest. Not the smartest idea, so he paid for it after he began to sweat out of nervousness and absorbed the entire sheet: he believed he was a glass of orange juice. He sat up stock still for days because he didn’t want to spill. Don’t do drugs, kids.

A place as mysterious as Es Vedra is bound to be a magnet in terms of UFO rumors and supposed sightings. One of the rumors with the most weight to it is the Caso Manises incident, concerning a flight between Tenerife and Mallorca on Novermber 11th, 1979. After making an emergency landing in Valencia, the pilot attested to seeing strange lights hurtling towards the plane.
More people have come forward about seeing UFOs around Es Vedra, some even going so far as to say that the island itself is a secret base.

Another popular tall tale from the enigmatic Es Vedra is that it has…space goats? While it’s true that a certain mountain goat sub species call Es Vedra home, people somehow came to the conclusion that these goats aren’t just your run-of-the-mill mineral-licking goats, they’re intergalactic. People point at different things for the cause of this ‘phenomenon’: the monolith’s magnetism or UFOs.

This one might not be as fictitious as some of the other examples on this list. A friar from the Carmelite order, Francisco Palau y Que was exiled and sent packing to Ibiza after disagreements with the order. He saw Es Vedra, decided it was a good place to land, and lived there a bunch of times as a hermit. It was here where he saw visions from God- that some people blame on eating lichen- and composed a masterpiece of his own. One of his legacies is still in use today: an hermitage at Es Cubells.