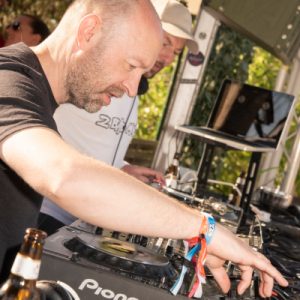 2 Bad Mice were formed in Hertford in 1991 by Sean O’Keeffe and Simon Colebrooke and were credited as among the first UK hardcore acts to begin incorporating breakbeats into their style. They were a staple on the early to mid 1990s hardcore scene, and were instrumental in the music’s steady mutation into jungle/drum and bass. In a relatively short production career, they released a string of classic tracks including “Bombscare”, “Waremouse”, “Hold It Down”, and the self titled “2 Bad Mice”. Sean then went on to record solo material under the name Deep Blue whilst Simon became A&R director for Moving Shadow Records. They were joined in 1996 by third member Paul “Rhodesy” Rhodes as part of Bombscare’s re-release on Arista BMG.

Today they continue to DJ across the world, and just in the last couple of years they have played at Glastonbury (twice), Fabric, XOYO and the legendary Berghain in Berlin.