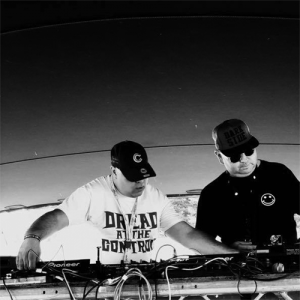 “The Acid Brothers, we don’t just do Acid, we do Real House Music”

Although not real brothers Stuart J and Matt Emulsion have known each other virtually all their lives. Growing up in the Essex town of Romford they started their musical journey by listening to Soul, Funk, Disco, Electro and Hip Hop, creating dance routines and playing tracks at family gatherings using 2 tape decks, a record deck and 2 amplifiers. They were soon exposed to the early House scene listening to pirate radio stations and hearing of legendary raves such as Genesis and Sundance. Despite being only 13 years old in 1988 this did not stop the duo from making their mark on the House scene when Stuart J bought some decks and was soon mixing up Soul, Hip Hop and House.

The pair started off playing at local house parties and soon progressed onto the club scene with their eclectic selections. Although having DJ’d together for many years the duo didn’t have an official name until 2013 and so The  Acid Brothers were born. Even though Stuart and Matt are big lovers of Acid House they also play house music across the board, old skool and hardcore classics. They love music new and old, and they stand for delivering real house to the masses.

The duo have played at venues all over the UK and have also marked their territory in Europe, playing in Germany, Austria, Italy, Ibiza and also the US. They are residents for Moondance, Culture Shock, Iridescence, So Soulful, So Oldskool and The World Bodypainting Festival and have their own radio show every Saturday from 1pm – 3pm on Centreforce 883 DAB London 2 www.centreforceradio.com

“See you on the dance floor”