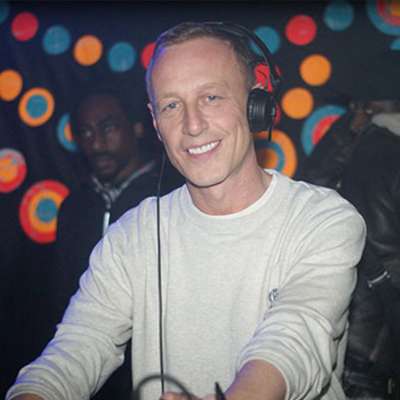 DJ Ellis Dee, whose real name is Roy Sydney Reid has been DJ-ing since the start of the acid house scene in 1988. After staging his own party which was a big success, Ellis Dee was booked to play at “The Dungeon”. After this, the bookings flooded in. Ellis Dee’s name was firmly established when he headlined for Fantazia throughout 1992 and beyond, including performing as a PA under the name “Rhythm Section” along with Newton & Rennie Pilgrem. His mix tapes from this era are regarded as classics. Ellis Dee released several big tunes at the time under the name “Ellis Dee Project” including “Rock to the Max” on the Fantazia: The First Taste & “Desire” on Fantazia: Twice as Nice.

It was back in the early days of rave that he really made his name and Ellis Dee became a headliner at many of the big events like Telepathy, Raindance and Fantazia. As well as DJ-ing, he also began to make his own music as part of Rhythm Section with Rennie Pilgrem, Richard Thake and Nick Newton. From acid house to hardcore to drum & bass and most recently breakbeat, Ellis Dee has always managed to stamp his own style on whatever he turns his hand to.

Ellis Dee currently divides his time between DJing, working in the studio and running a course teaching DJ and production skills and is currently working on new material as well as solo projects. On the DJing front & when it comes to rockin’ a party there’s few DJs with more experience than Ellis Dee. From massive outdoor raves to dingy basement dives, he’s been doing the business for well over a 2 decades now, still searching out fresh music and is just as committed to injecting passion and energy into the dance floor!

Quotes:
“After the initial start of Acid House I could go to a place and play more or less what I wanted. I miss doing that sort of thing. I used to like dropping ‘Why?’ by Carly Simon just after playing an Acid record and they would have it. I was playing the original seven inch, but you couldn’t do anything that diverse nowadays”
– Ellis Dee