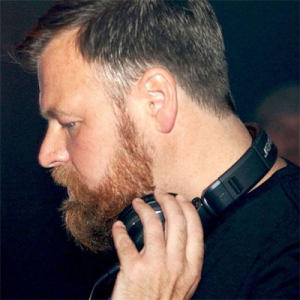 Owen is a stalwart of the house music scene, beginning his DJing career in 1991. Dates at underground clubs around East London and Essex followed with his big break coming in 1992 when given a spot at the Curtain Road ‘Happy Days’ Warehouse Party. This was promptly ensued by residencies at the Gass Club, the Arches and guest spots at London’s Ministry of Sound and Passion in Leicester to name but a few.

The summer of 1995 saw Owen head to Ibiza with Club UK for residencies at the Kanya Bar, Space and Amnesia as well as various guest spots on the Island. This era also saw the start of Owen’s production career with releases on labels including Azuli and Champion Records.

By 2008 Owen was DJing and recording under the moniker 2 Good Souls, performing around the UK and releasing records on Nervous, King Street, Stealth and Seamless records, recording with the likes of Kathy Brown, Roland Clark and Kele Le Roc. He was also now a regular at London’s Ministry of Sound playing at the biggest nights including Defected in the House, Soul Heaven, Mutants, Toolroom Knights & Release Yourself where he was billed alongside some of the scenes biggest artists. Owen also represented HouseSexy @ Ministry of Sound as their tour resident, playing to crowds around the world in India, Russia, Greece and France.

Owen is now resident at Clockwork Orange playing at iconic venues like Printworks, Fabric, Koko, Ministry of Sound, Amnesia (Ibiza) and Magazine, bringing his unique sound of upfront forward-thinking music, and a new twist to the classic Clockwork sound to the oldskool masses. He is also headlining the Newphoria stage at the hugely popular Clockstock festival.

You can catch Owen every Monday from 4-6pm on Centreforce radio where you can hear him spinning an eclectic mix of underground house and techno. You can also see him regularly on the decks at CultureShock, Housework, Resonate and Swag.

Owen’s passion for his music is unrivelled and he continues to impress with his abilities to read and educate a crowd. 2020 is already looking very busy and looks like being a big year for him!