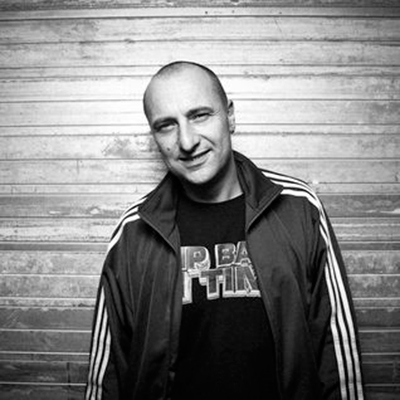 When one refers to an artist as ‘an absolute legend’, ‘Godfather’ or ‘international hero’; more often than not it can be a term applied by the support of loving fans Worldwide or in some cases media hype that pertains to the artist in question being somewhat exceptional in their chosen skill on a global level. ‘Godfather’ as many of those that have witnessed Francis Ford Coppola’s award winning cinematic trilogy of films of the same name will attest, can also refer to a Sicilian Crime Family Boss. Now, whilst the DJ and Producer and all round ‘international legend’ known as ‘Slipmatt’ has no affiliations with Sicilian families or crime (thankfully), he is most definitely in this case one deserving of the titles ‘Godfather’ and ‘Boss’. He’s the exception to the rule though, he did not give himself these names, these accolades were not created off the back of some 90’s hype campaign, the name Godfather – in reference to the ‘Godfather Of Rave’ is a name he has worked very hard for three decades to earn, and earn it he most definitely has.

These skills, combined with ongoing innovation in new rave, electronic and underground music, the development of his World Of Rave & Slips House shows, which run weekly via a number of radio and digital online radio distributors and his never ending World Tours educating the new school and entertaining the old school mean so long as there’s a scene that needs teaching or a packed dance floor that needs a true, real, outstanding and simply incredible artist to lead the way and continue to write the rule book of standards by which other DJ’s have followed implicitly – then Slipmatt is that artist.